Nowadays, hairstyling has become a piece of cake. Every woman in this era knows to style their hair as there are a lot of tools and products available in the market of various technologies and qualities. But 70 years ago, it was not the same as the world we live in now. Have you ever asked your grandma about the products they used to use in their time to style their hair? You should definitely ask her and there is no doubt that you are going to hear at least one of the following products she possibly swore by. And who knows! She could utter all of the following.

There are many celebrities like Ashley Olsen or Lady Gaga who style their hair with soda cans as they use them like rollers. They always look stunning with such a hairstyle. But the fact is, this technology was used vastly among the hair fashionista women 70 years ago. That time, some hairdos were trendy – bouffant and beehive are one of those. And that time, not many hair styling tools were invented. As a result, they used orange juice cans or soda cans in their hair as an alternative to jumbo rollers. After washing their hair, they used to towel dry or naturally dry their hair and after than the roll, their hair with the cans so that they can have some fantastic waves in their hair.

Here is a fun fact. Women at that time also used cans to flatten their naturally curly hair. In this era, to some people, it may seem kind of weird but it is true. They used cans to roll up with their hair in the opposite direction to their natural curls. 70 years ago, hair dryers were not used like today – thus, women had to sleep with their hair rolled up with cans.

As we said earlier, women used to sleep rolled up their hair with can rollers because they do not have blow dryers like the modern age dryers. And to be very honest, it was quite a time-consuming way to dry people’s hair. Though a version of hairdryer came into the market in the 1920s which was quite heavy and able to produce only 1000 watts of power. Later in 1951, a new kind of blow dryer was introduced to the world which was kind of a domestic version of the blast furnace dryers which were hard-shelled used mostly in exclusive salons.

It was called a soft bonnet hair dryer. A motor ran it and there was a flexible, comfortable cap that was full of rollers. Through this process, women did not have to sit in a particular position for a long time, they can move around and its cap would not fall down. People at that time could easily carry the dryer for its portability. It was good for hair because it used to generate a conditioning treatment by opening the cuticles, on the other hand, after drying their hair with soft bonnet dryers, people used to get shiny looking curls in their hair in a concise time.

Study shows that there are 1.67 million American in today’s world, who still use this home permanent at least 6 times a year where this was very popular hairstyling technology in the mid-20th century. It was 1870 when the concept of perm – a long-lasting waving technique was introduced. Later in 1906, a waving machine was introduced to the world that was able to make even longer-lasting waves. It was a combination of the chemical and thermal processes. In 1941, the cold wave was introduced where besides machinery, thioglycolic acid was used which could bring tight curls in women’s hair which was very popular in the 1950s and 60s as well. Home permanent introduced in the 1940s by Toni and was one of those turning points in the history of hairstyling, that gained so much popularity around the world. Because of this home permanent, every woman in the house became a kitchen table hairdresser and they started to style their daughter’s hair. Curled hair through this process, last number of months. This process is quite similar to modern-day chemical hair straightening, the only difference is through home permanent, hair used to be curled instead of straightened.

Even today, the new Dippity-do hair setting gels promise long-lasting hairstyles with its holding power like before. It has been reliable for decades, and the makers of Dippity-do kept their words. It was not the same when it was invented back in 1965. Dippity-do brought a revolution in the hairstyling world with its fantastic curl setting feature. There were not many products in the market then, and the new ad of Dippity-do made a considerable impact. Many people got influenced by celebrities. Late Eric Carr, the famous rock drummer of the band ‘Kiss’ once used Dippity-do. In his teenage, he wanted to have flat hair like ‘The Beatles’ men had. He reportedly wetted through his natural curly hair by Dippity-do with a nylon stocking cover over his head before bed. Those day’s products were heavy and thick, not as lightweight as today. New Dippity-dos contain aloe, leafy juice, wheat protein, aqua, etc. But 60’s products were more jelly-like, did not have the present-day ingredients. Gradually young men started using it. But it was innovated for the women at first. Women those days used Dippity-do gel with hot rollers. Before going to bed, they applied the curl setting gel in their hair for the next day style, and it was great in holding the stray hairs in one place. Even many people used to apply it on their dry hair between the shampoo days, which worked perfectly to set the hair for the day. But they would wash their hair once a week, as the hair experts then emphatically suggested them doing it.

There were many fascinating tales we used to listen to in our childhood from the elders. In the ‘Forties’ (1940s) and ‘Fifties’ (1950s), when rock ‘n’ roll music was rising, in that postwar era, would be virginal brides were given counseling by the mothers before getting married regarding how to impress their husbands in the first night with their beauty. But the incidents happened on their wedding night was unexpected and beyond their imagination, actually quite shocking. We did not hear so much about what was the husband’s opinion and experience then. It was like a motionless figure from a historical scene. When the newly-wed wife came out from the washroom without her beauty makeup, then the picture was not that horrifying. But they would come out with their head covered with brush rollers, which looked like some barbed wires. That was the part where husbands were shockingly surprised. In those days, brush rollers were the only medium for getting naturally curly hair. Hairdryers were not so convenient then among the women. Dryers were available only in the beauty shops and salons. So, brush rollers were the only way for having long-lasting curls between washes. Every night before retiring, the women used brush rollers to wound their hair. They had to struggle a lot to find a suitable sleeping position when wearing that barbed wire like brush rollers.

Curly hair has always been an interest in fashion among the women of the past decades. Electric rollers are great tools for having curls in hair. In the 1960s, ‘Clairol,’ one of the biggest American personal care companies, introduced electric rollers, which brought a revolutionary change in curling hair and also eased the process. But before the 60s, the picture was not the same. Women used to go out in public wearing their hair rollers covered by scarves. They used to go their daily workplaces wearing the curlers with the hope that they would find lovely curls at the end of the day. Sometimes the rollers were exposed in public, and it was quite an embarrassing situation for them. Clairol’s electric rollers changed the scenario and saved the American Women from hassles. These electric rollers were straightforward to use; the whole process of curling by rollers was not time-consuming like before. Earlier on, women used hair rollers at night before making it to the bed, or they had to keep it attached in hair for a long time. But after having electric rollers in their hands, they could quickly heat up the rollers in just about 10 minutes before going out in the morning. In about 20 minutes, they would find desirable curls in the hair. Today’s electric rollers are different in technologies. 60s rollers were not capable of segregating the heat; they would come with foam wedges. These wedges were meant to protect the scalp. Many women would find burned fingers doing the process

For many years from the 1940s, aerosol formulas were used as hair spray. Nowadays, aerosol sprays do not contain CFCs but that time, when it was sprayed, chlorofluorocarbons which are also known as CFCs were released into the atmosphere. These CFCs are one of the most vital reasons that cause damage to the ozone layer. It was the reason for the ever-growing hole in the ozone as well. But aerosol spray was vastly used 70 years ago as these formulas were best for smooth and flatter styles like blowouts. On the other hand, this kind of spray can deliver fine mist and make them perfect for a fuller, softer or finer hair. When a woman’s hairstyle began to go limp, that time, it was hairspray that saved them from the situation. Women used to use white rain, aqua net, VO5 to moisture their hair before setting them with jumbo clips or rollers. Those can contain many ingredients including fluorocarbons that coated the hair and as a result of applying the aerosol spray, hairdo eventually changed into a more sleek, soft and natural look.

There are a few differences between ‘Conditioner’ and ‘Crème rinse.’ Many people do not know these differences and think the two as an identical product, while they are not. Crème rinse was first invented in the 1930s by Jheri Redding with the hope that hair condition can be changed with proper treatment and care. Crème rinse can be stated as a water conditioner. Today’s hair conditioners are different from crème rinse in ingredients and working methods. Crème rinse is thinner than conditioner, while conditioners are thicker substances. Crème rinse is simply called as a ‘detangler’ as its primary work is to remove the tangles from the wet hair after shampooing and reducing friction among hair strands. Women from the ’50s and ’60s used crème rinse extensively as it became their best friend after shampoo to have smooth, soft, detangled hair. On the contrary, the teens who had less concern about their hair would find tangled hair when combing after shampoo.

The fascinating thing is many of the above products are still used by many people all around the world. Yes, the technology and the way of the use of the product may have changed but they are definitely one of the products that can deliver amazing results to the people, undoubtedly. And this is why women from the 1940s to 60s kept faith in these products to create stunning hairstyles. 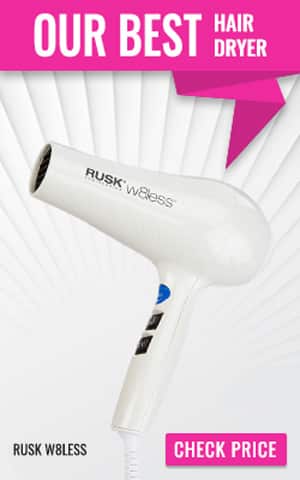